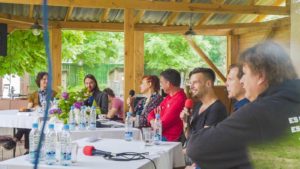 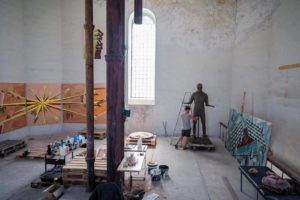 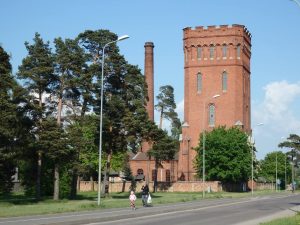 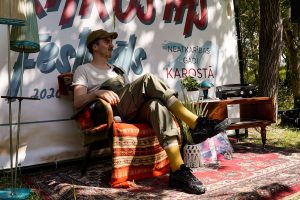 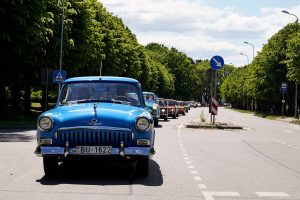 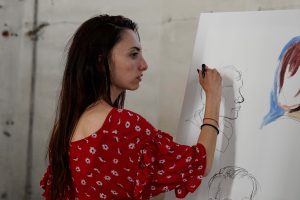 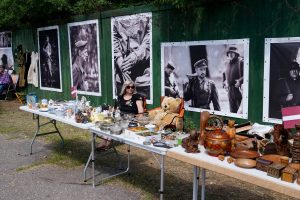 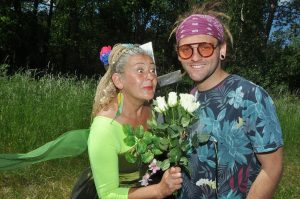 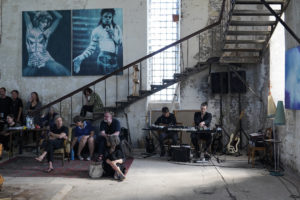 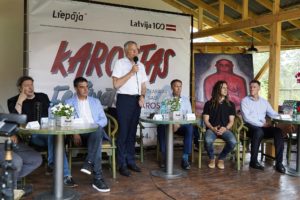 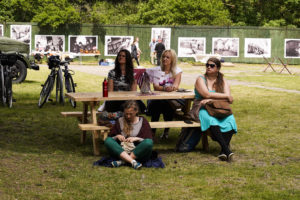 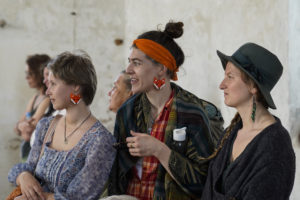 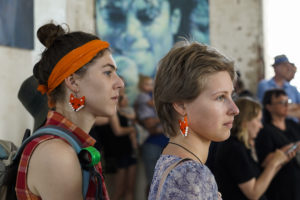 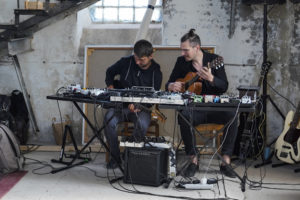 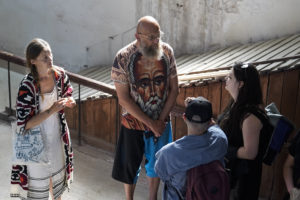 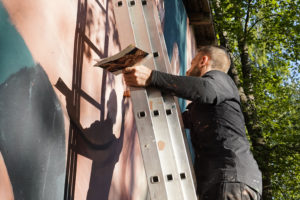 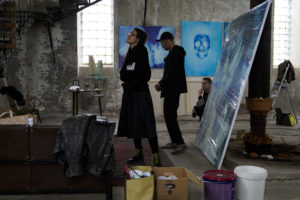 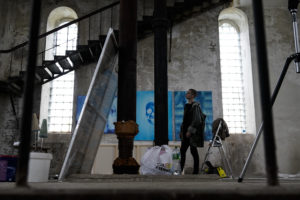 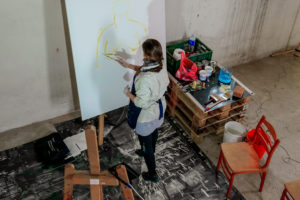 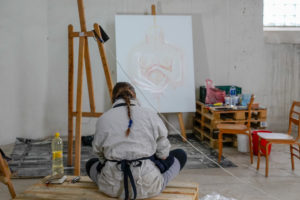 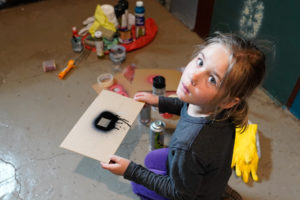 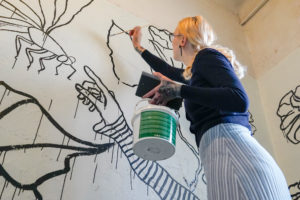 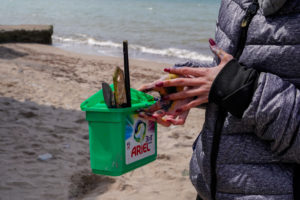 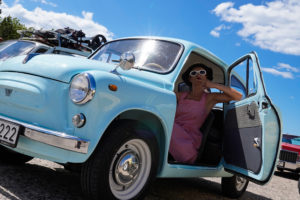 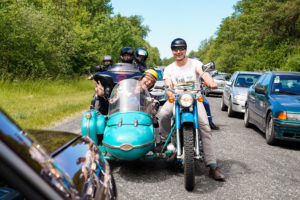 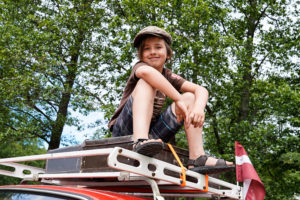 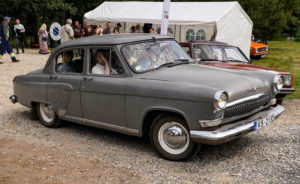 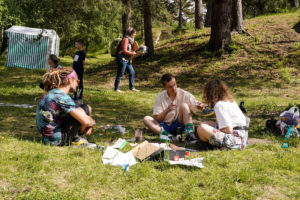 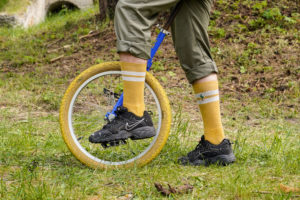 The Festival will start with an artist workshop on June 6. Artworks will be created in Karosta Prison, Karosta Water tower, the abandoned ammunition storage facility, Redan and Karosta urban environment.

A multi-disciplinary artwork and performance in the abandoned underground ammunition storage facility will be created by Ritvars Embrekts.

Artists from Spain will paint murals and Kirils Panteļejevs will create installations in Redan.

There will be a public discussion “Karosta’s role in Liepāja, Latvia, the World”, vintage vehicle parade, retro party, concerts, performances and activities for children throughout the Festival.

At 15.00 opening and presentation of artworks in Karosta Watertower, Atmodas bulvāris 21 and the ammunition storage facility.

At 14.00-16.00 display of vintage vehicles near the sea at the end of Katedrāles street.

At 16.00 vintage vehicle parade in Karosta

At 20.00 retro style party in the back yard of Karosta Prison.

Presentation of artworks, concert, performances, activities for children in Redan.

“If it is a good story, you can tell it beautifully, and that is my mission as an artist – enhance the beauty in the world!”

Associate Professor, Workshop Leader. I myself am a sculptor with a deep desire to seek new means of expression. Art for me is an opportunity to talk about life processes that interest me, moving away from stereotypical reactions, aggression and fashion trends.

Veronika Frolova (born 1988) graduated from the Art Academy of Latvia in 2016 with a Master´s Degree in Printmaking/Graphics. During her studies she acquired many academic skills, such as painting, drawing and composition. But the one she treasures the most is certain, sarcastic way of thinking and reflecting on surrounding reality, that allows her to deliver semi-conceptualistic works that require usage of unconventional techniques.

Latvian artist and set designer. Works in various techniques: painting, graphics and installation techniques. He is considered to be one of the brightest and most extraordinary personalities in contemporary Latvian art, and his works are called scandalous and provocative.

Juan Castillo, JUANFREE. “I am from Málaga, Spain. I started to painting at 11 years old, when I discovered graffiti world. I am a painter, illustrator and tattoo artist. About my artwork, it is based on the distortion of the self-image caused by anxiety and mental illness. It is a defragmented selfie on the mirror. Loneliness and misunderstanding as the main topic.”

Sergare – an artistic group from Burgos, Spain. “We are two brothers, Sera and Gare. We start to paint street art more than 10 years ago nad we decide to work toguether and create the group Sergare 8 years ago in 2014. We have painted in diferent countries, the last one was Taiwan where we spend 9 months developing different artistic projects.

For Karosta Festival we decide to paint this mural of a young girl (Cristina), its a picture from a Burgos photographer called Andrea Keynox. We want to remind the people, in this difficult days that we are living, how pure we all are when we are young, we want the people that look at the mural to feel confortable throught the eyes of Cristina. The background, with a gold tone, its to represent the value of that purity.”

It will be second time when Luis is taking part in Karosta Festival. He will paint portraits of visitors in Karosta Prisons cell.

Spanish artist who lives in Liepaja. Clara will take part in Karosta Festival already 3rd time. She will paint portraits in Karosta Prison and in Redan.

Kim will make an installation from logs in Redan.

Aija will make an installation in Karosta Prison cell.